Water Pollution and its Adverse Effects 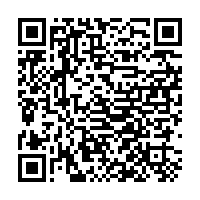 Water Pollution and its Adverse Effects

Contamination of water bodies by toxic chemicals is one of the most common causes of water pollution. Dumped plastic bottles, tins, water cans and other waste pollute water bodies, are the examples. Water pollution results as a result of these activities, which harms not only humans but the entire ecosystem. Toxins released by these pollutants make their way up the food chain, eventually affecting humans. In most cases, the result is only harmful to local populations and species, but it can also have a global impact. Every year, the oceans receive nearly 6 billion kilograms of garbage. Other types of unwanted materials are dumped in various water bodies, in addition to industrial effluents and untreated sewage. Nuclear wastes to oil spills, the latter of which can render vast areas uninhabitable, are examples of these.

A variety of methods can be used to control water pollution to a greater extent. It is preferable to treat sewage waste before dumping it into bodies of water. By doing so, the initial toxicity can be reduced, and the remaining substances can be degraded and rendered harmless by the water body. After secondary treatment, the water can be reused in sanitary systems and agricultural fields. The Water Hyacinth is a unique plant that can absorb dissolved toxic chemicals like cadmium and other metals. Establishing these in areas prone to such pollutants will greatly reduce the negative consequences. Precipitation, the ion exchange process, reverse osmosis, and coagulation are some chemical methods that aid in the control of water pollution. Individually, reusing, reducing, and recycling as much as possible will help to mitigate the effects of water pollution.