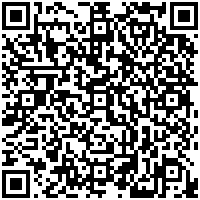 Aim: This study is aimed to evaluating the generation, characterization and the current management practices of municipal solid waste (MSW) in Damanhour City, El-Beheira Governorate, Egypt. Methods: Environmental and public health impacts of MSW management were also investigated. Sampling was selected by stratified random method, and the assessment was conducted using questionnaires, interviews with municipal officials and field observation. Physico-chemical characteristics of MSW were determined according to standard methods. Results: This study indicated that the quantity of MSW generated by households was with an average of 0.92 kg/capita/day. The survey results revealed that the management of the waste remains inefficient and inadequate for the amount generated daily. Wastes are dumped in open non-controlled dumpsites which are not accepted at the current time. It is also found that residents near a dump site affected by various diseases. It was concluded that the insufficiency in the current MSW management practices were mainly related to performance of municipality and citizens behavior. Integrated MSW management programs require cooperation between governorate and citizens. Conclusion: These results support the need for increasing public awareness and citizens' participation in waste sorting at generation source and implementation of integrated MSW management programs as part of the environmental action plan for the governorate.