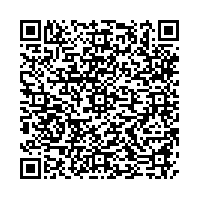 Aim: In an attempt to estimatethe chronological changes of health risk in Fukushima, the internal radiation doses of temporary residents in Fukushima were analyzed.Method: The internal radioactivity of 372 persons who were dispatched to the Fukushima prefecture at any time from April2011 to March 2012 were examined using a whole body counter within 2 months after they left Fukushima.Result: 131I was only detected in April while 134Cs and 137Cs were found up to November 2011. The maximum committed effective dose and thyroid equivalent dose were 22.4 μSv and 0.4 mSv, respectively, which were observed in April 2011. The internal radioactivity was found in almost all of the interior and the coastal regions regardless of the distance from the Fukushima-Daiichi nuclear power plant. Comparison of internal doses evaluated by the whole body counter and by prediction from environmental radioactivity indicates that the intake of radioactivity in March, April and possibly May 2011, would be mainly attributable to the inhalation of airborne radioactive particles, whereas in June and later months ingestion of contaminated food would be the major route of radioactive intake. Conclusion: The risk for internal exposure existed for approximately six months after the radiological accident in almost the entire area of Fukushima, however, adverse health consequences by the radiation dose due to internal exposure seem to be negligible