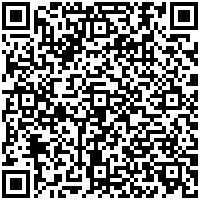 Aim / Background: Pesticides and nitrites which could be available in foods are generallyinvestigatedindividually,althoughtheycouldbefoundinfoodstogetherandexhibitcombinedhealtheffects. Inthisstudyweaimedtodeterminethecombinedeffectsof endosulfan which is a commonly used pesticide andN-nitroso-N-methylurea(NMU)whichisaprototypeformammarytumordevelopmentinSpragueDawleyratsandcouldbeformedinbrinefoodsoralsoinbodyfromnitriteswhichiscommonly used in meat.Method:NinetyfemaleSpragueDawleyratshadbeenused. Animalsweredividedthreegroupswhichconsisted30animals. The fir st group took a single dose endosulfan intraperitoneal (ip) on 19th day and a single dose NMU ip on 21 day, the second group took endosulfan by their drinkingwaters for the first 60 days of their life and a single dose NMU ip on 21 day, and the third group took only a single dose NMU ip on 21 day. Animals were controlled fortheirgeneralhealthstatus,mammarymassdevelopment,dailywaterconsumptionand weekly weight gain. At the end of thestudy rats were examined carefully under anesthesia, and tissue samples were prepared from theirmammary glandsandintraabdominalorgans. Tissuesamplestakenfrommammaryglands,liverandkidneyswerehistopathologicallyexamined. Results: It was determined a statistically significant hepatomegaly in the second group when wecompared to other groups (p < 0.05).Noanimalsdevelopedmammarytumors. On themacroscopic examination and manual palpation of intraabdominal region, it was showed that solidtumorsinkidneysasaratioof76.7%oftheanimalsinthesecondgroup(bilateralin 1,3% of them, the others are unilaterally and 70% of the unilateral tumors are in the left kidneys while therest of them are right localized). Also it was found that in the first group, 13.4% of the animalsdeveloped unilateral kidney tumors. The third group which had been applied only NMU developedno kidney or liverpathologymacroscopically. Conclusions: As a result it was considered that a diversity which is named as “geneticshift” couldbe developed in our animal research center and because of this shift we could not developed NMUinduced mammary tumors in ourSpragueDawleyrats. Butithasbeenshowedthatlongtermendosulfanexposehasresultedinkidneytumordevelopmentforthefirsttime. Becauseofthegeneticshiftingmentionedabove,itshouldbetestedwhetherthisexperimentalanimalcancermodel is limited for our research center or not by obtaining sprague dawleyanimalsfromdifferentcenters. Consumersandappliersshouldbeeducatedaboutusingpesticides,andhealthyandsafetyfoodproduction and consumption should be considered as one of the primary subjects in publichealthstudies.